You may not yet have come across Mike Suhara, but you will have almost certainly seen his work. From full rebrands for major airlines to specialist one-off liveries for a regional player, there’s a very good chance Mike’s skills and insight have been put to good use.

But it’s as much about what you don’t see that counts, for Mike is one of a team of Technical Services Consultants for AkzoNobel Aerospace Coatings responsible for supporting in-house colleagues and external clients across the commercial, defense and general aviation sectors with any project or question relating to paint:

“We support OEMs, MROs and other sub-tier suppliers with any materials that use our coatings, from structural components through to satcom antennas,” he explains. “We also support our own sales team in managing their customers, everything from help with developing new products and colors, and how those products will perform, through to troubleshooting in the paint shop.”

Although an acknowledged expert in paint, and a qualified decorative painter, Mike started life in the military as an Aviation Structured Mechanic in the United States Navy (USN) completing two tours in South East Asia working across a range of different airplanes from A4s to the EA6Bs:

“You learn a range of skills as a structural mechanic including working with fiberglass and plexiglass, painting and corrosion, and yet throughout my career I always seem to have come back to painting!”

Mike’s early CV does indeed read like a ‘Who’s Who’ in aviation history, including a stint at Evergreen where he ended up in charge of the paint shop: “Our customers included Bob Hoover, who had been Chuck Yeager’s wingman, and we painted his stunt ‘planes known as ‘Hoover’s Maneuvers’.” 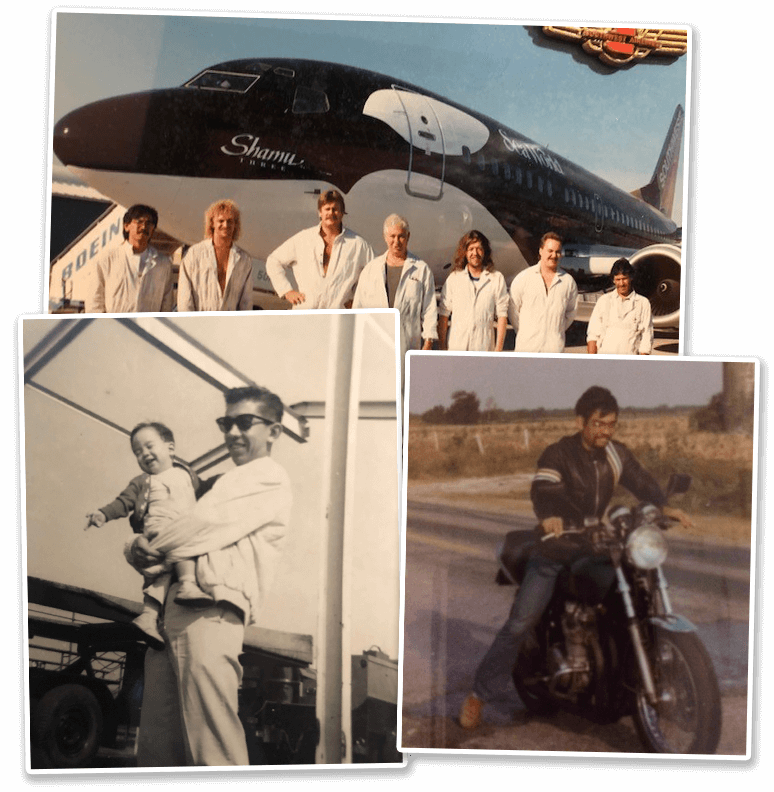 On leaving Boeing, Mike reached out to people he had worked with in the past, this time landing in North Caroline at Timco (Triad International Maintenance Corporation) where he was hired as a paint shop supervisor. After a happy spell with Timco he joined the Dexter paint company and was working for the Dexter Corporation as a technical services representative when it was ultimately acquired by AkzoNobel and became AkzoNobel Aerospace Coatings in 1999.

In the last 20 years, Mike has worked on a number of exciting projects of which he is justifiably proud. Many have been especially high profile, including the famous Shamu killer whale livery that adorned Southwest Airlines’ Boeing 737s to promote SeaWorld and described by the media as one of the most memorable and iconic paint jobs of all time.

Most recently he has been working with Southwest again on its Freedom One livery to celebrate its 50th anniversary and as a symbol of unwavering pride in the United States and its heroes. Other recent jobs include the Toy Story 4 livery for Alaska airlines, and the complete rebrand of American Airlines with its bespoke Silver Eagle paint. 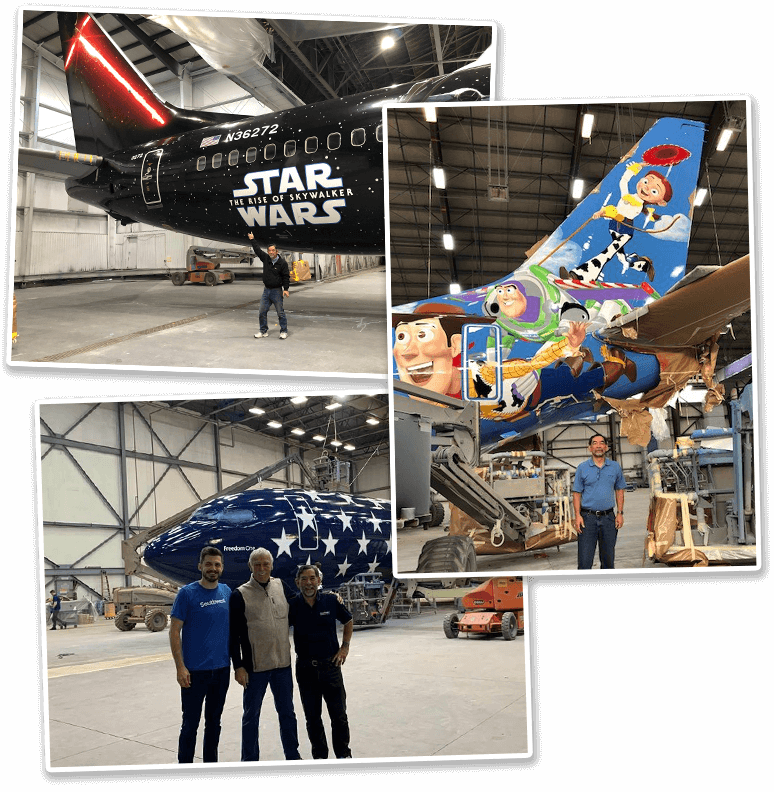 Every job has its challenges, and Mike is admirably discrete. What he does bring to every project, however, is a sense of calm pragmatism: “My role is to make practical suggestions as regards what is and isn’t possible,” he laughs.

“Of course in theory, anything is possible, but it’s my job – and the job of my colleagues in Technical Services – to point out the implications of any decisions that are taken and help and advise in finding other solutions that will achieve the same outcome. Occasionally that means having difficult conversations with designers, but it’s always better to have those conversations early, at the initial design stage, before a simple project potentially turns into an avoidably expensive one.”

Mike is proud of his past – having studied art at High School, one of his creations is on display at a national gallery in LA – and he is also excited by the future: “There are new technologies and techniques afoot that will revolutionize our industry,” he says, “including 3D printing and appliqués, and we’ll be here to help our customers with their journey into the future.”

Inspiring the future of aviation in Southeast Asia