There may well be very few planes in the air at the moment, but when they do start flying again, a trio of Airbus A380s operated by All Nippon Airways is really going to stand out.

The three new aircraft feature an eye-catching sea turtle livery, which was applied using our aerospace coatings. Separately painted blue, green and orange – to represent the sky, sea and sunset – the three designs are helping ANA show a new style of travel to Hawaii. 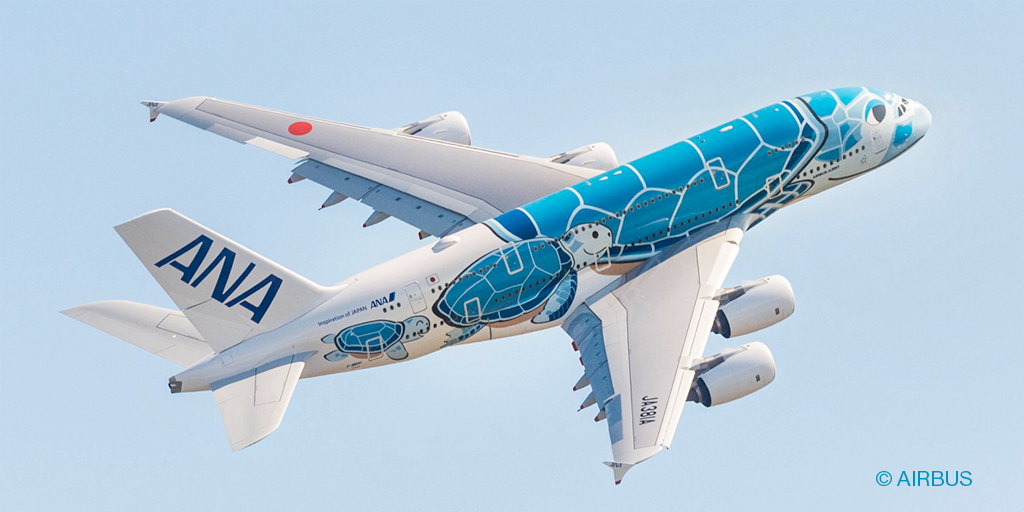 ANA is the first A380 customer in Japan. The first aircraft of the trio was painted in sky blue. The design was created using 3,300 liters of our Aerobase and Aviox CC UVR paint, covering 3,600 square meters of surface area. The livery was applied at Airbus by 120 painters over the course of 21 days.

Operated on the Tokyo Narita-Honolulu route, the sea turtle (or honu) is significant because it’s the only remaining indigenous reptile in the Hawaiian Islands today and is revered as a sacred symbol of longevity and endurance. Those who catch a glimpse of one are said to be blessed with good fortune and prosperity.

“We were delighted to supply products for ANA’s eye-catching new livery,” said Jemma Lampkin, Asia Regional Sales Director at AkzoNobel. “The designs look amazing and it’s an honor that our high performance coatings have been used to represent something that signifies strength and protection.” 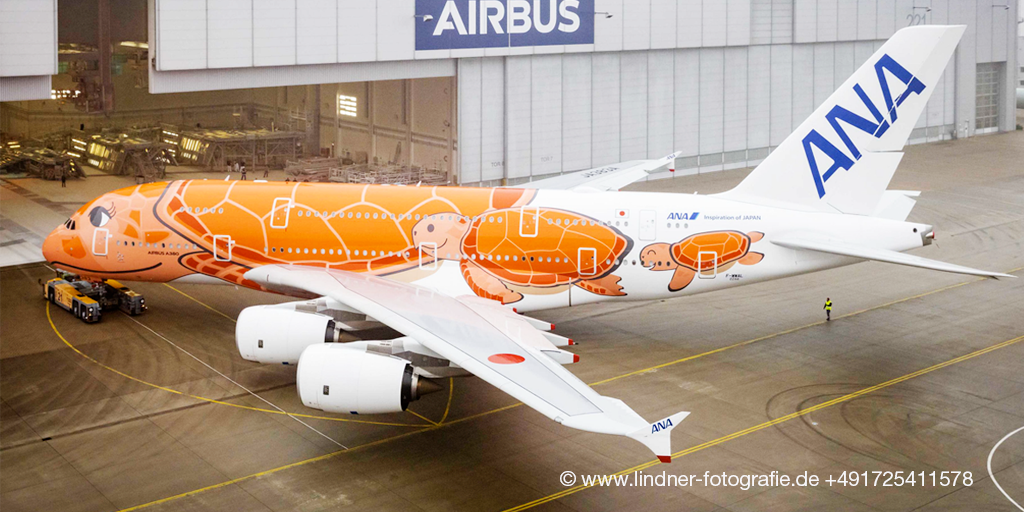 Known as the FLYING HONUs (Flying Turtles), the three aircraft are expected to eventually offer 14 A380 flights per week between Narita and Honolulu.

“ANA is proud to honor the traditions of Hawaii through the FLYING HONU designs,” said Hideaki Kuroki, Senior Vice President of Engineering & Maintenance Center at ANA. “We carefully considered the design of the aircraft, partnering with AkzoNobel Aerospace Coatings to portray the beautiful designs. AkzoNobel Aerospace Coatings artfully brought a true glimpse of Hawaiian beauty to our aircraft. It was a wonderful experience to work with them to produce the three livery designs.” 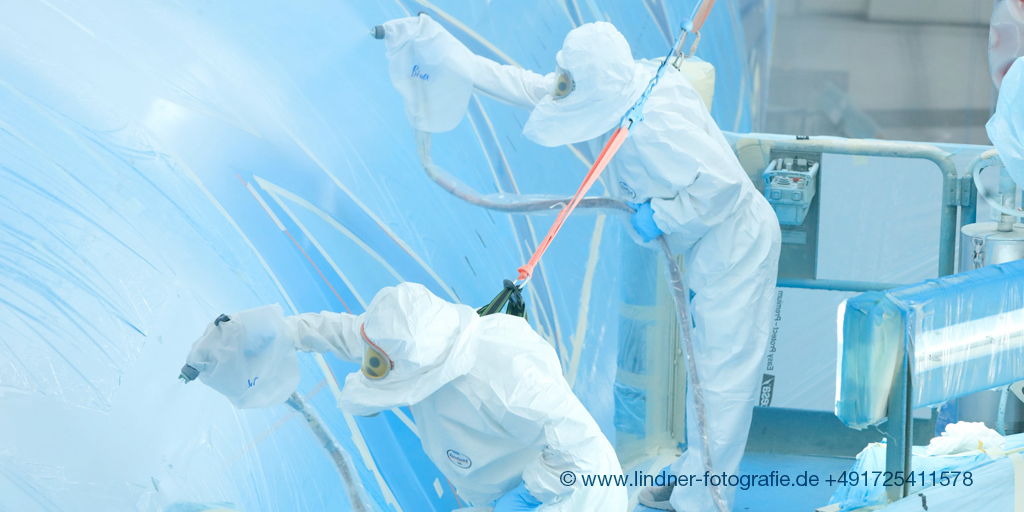 Inspiring the future of aviation in Southeast Asia