An airplane powered by liquid hydrogen may sound fanciful, but the dream took another step towards reality recently with the unveiling of a scale replica of the AeroDelft Phoenix PT.

Uniting under their motto ‘Our future flies in clean skies’, a team of Dutch students is behind the project to create an airplane that will ultimately be able to fly from the city of Delft to the Balearic island of Ibiza on one tank without producing any harmful emissions. And it will do so proudly wearing the names of its sponsors, and in colors created, delivered and applied by one of those partners, AkzoNobel Aerospace Coatings.

AkzoNobel has been involved in the project since its inception three years ago, delighted to be supporting an initiative ‘local’ to its headquarters and manufacturing facilities in The Netherlands but one that has truly global appeal.

The team has been advising and guiding the students on the coatings available, and how selecting the appropriate coatings system can elevate the design to give it the ‘stand-out’ such an airplane deserves. It has also been able to advise on how the coatings will protect the airplane as it is put through its paces in the months and years ahead. 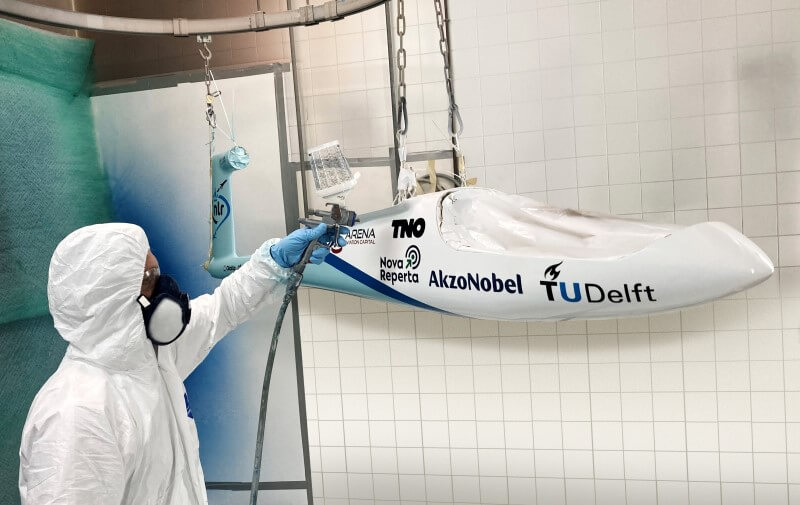 The AeroDelft Phoenix PT resembles a glider in appearance, and while it might sound like something out of a film script, the third-scale replica airplane (which was unveiled in February) has been constructed - largely - in a garden shed!

The parts were inspected onsite by the AkzoNobel R&D and Technical Services team to better understand the make-up and condition of the composite substrates being used, and assess the work required prior to the coating process taking place. 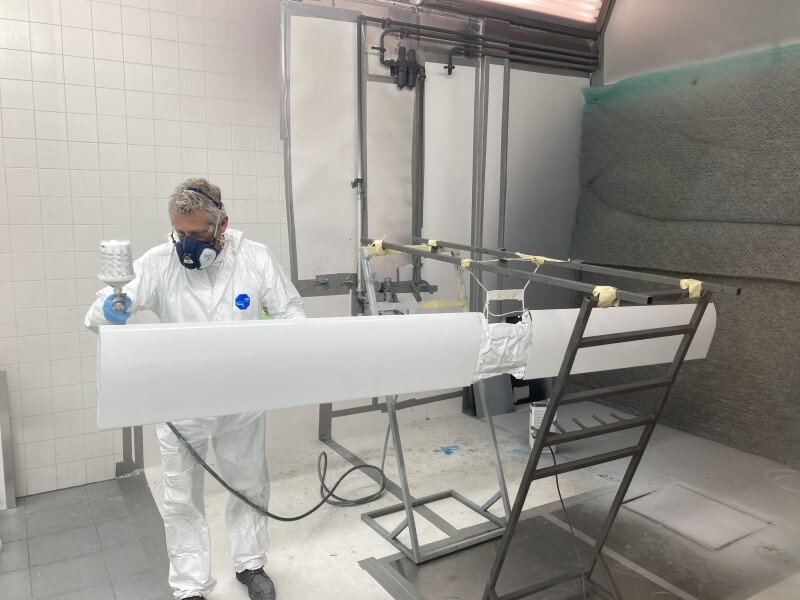 The airplane was dismantled and transported to AkzoNobel’s facility in Sassenheim where the parts were prepared, filled and coated using a system of products including the three -component Alumigrip 4250 and Alumigrip 4450 clearcoat giving a highly durable gloss-finish usually reserved for expensive business jets: “We felt that an airplane of such imagination and innovation deserved to have the best,” says Sarah Skinner, Global Marketing Segment Manager – Aerospace at AkzoNobel.

“The Phoenix PT will be an example to the world of what is achievable in sustainable aviation, and we are proud to be playing our part in showcasing and protecting such an innovative airplane as it takes to the skies.” 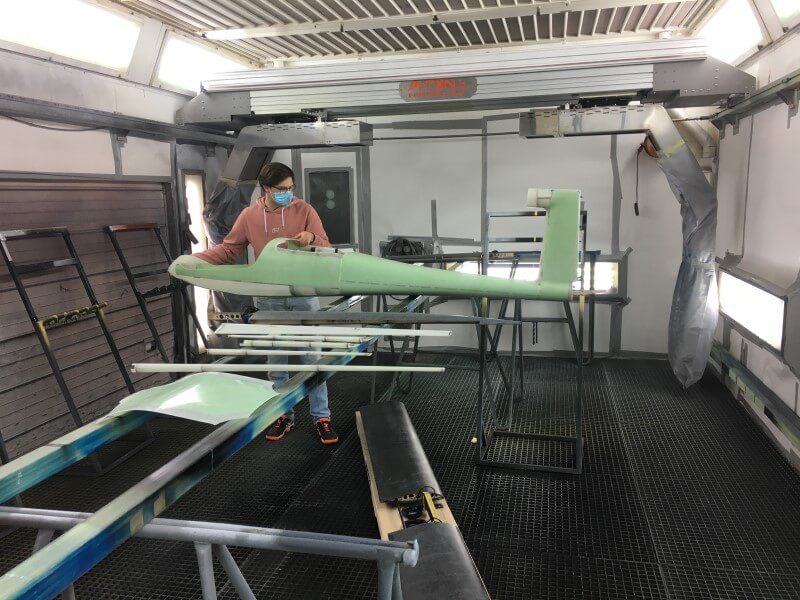 The AeroDelft team comprises 50 students of 17 different nationalities, committed to proving and promoting liquid hydrogen as an alternative to conventional aviation fuels. Sam Rutten, who managed the prototype production, says the team is proud of what it has achieved to date: “Now that we have an actual plane, the team’s motivation is rekindled and everyone is ready for the challenges to come,” he says.

Internal components to power the propeller will now be installed, including the hydrogen tank, fuel cell and motor. In the spring, the team aims to perform the first battery electric flight with the prototype. In the summer, the first flight on gaseous hydrogen is planned, followed by the maiden flight on liquid hydrogen in the Fall.

Partnerships are what 'Dreams' are made of